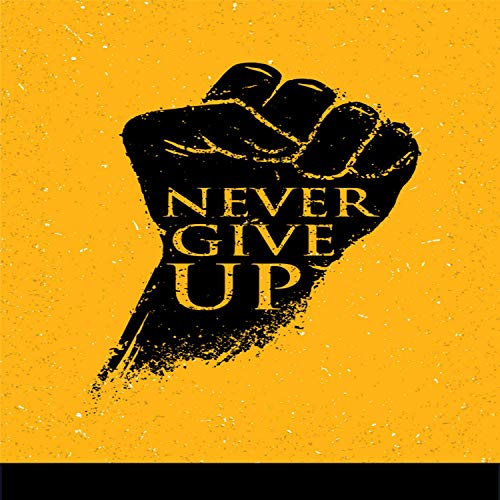 We live in a world of instant gratification. We feel the need to experience fulfillment without any sort of delay or wait.You want something? You buy it. Ultimately whatever you want, you want now and when you can’t have it- it drives you mad.

Perhaps that’s why so many of us are giving up on our dreams and goals. We’ve become so acustomed to thinking that things should come easily- that the second they don’t come easily, we quit.

But what would happen if everyone just gave up without a fight? What would become of the world if everything was given to us on a silver platter. What will become of the next generations if we all start celebrating laziness and mediocrity? I don’t think that’s a world that I’d want to be a part of.

You see, I believe that the only time you ever truly appreciate something is when you’ve worked for it. Life truly only starts at the end of your comfort zone. Success does NOT come easy, and whoever told you that is does was lying to you!

I’m not here to tell you that life’s going to be easy, and I’m not going to bullshit you about the fact that sometimes it’s going to hurt. But just when you’re on the verge of giving up, remember that everyone who’s pushed themselves that little bit further… they’ve NEVER regretted it!

Take J.K. Rowling for example. She had just gotten a divorce, was living on government aid, and could barely afford to feed her baby in 1994, just three years before the first Harry Potter book was published. When she was shopping it out, she was so poor she couldn’t afford a computer or even the cost of photocopying the 90,000-word novel, so she manually typed out each version to send to publishers. Her book was rejected countless times, until finally, a small London publisher, gave it a second chance after the CEO’s eight year-old daughter fell in love with it.

If J.K Rowling had given up after getting her first rejection, she would have never become the success story that she is today- going from being dirt broke, to the richest author in the world.

Now think about your life. What is it that you want to achieve? Where do you see yourself in ten years from now? If you’re a single mum and it’s your dream to become a medical doctor, don’t quit until you’ve realised that dream. If you’re a cancer survivor who wants to summit everest to celebrate reclaiming your life, then don’t let anyone tell you that you can’t do it! If you’re a kid in school getting bullied, but have dreams of being the next president- don’t stop believing! You can do ANYTHING you set your mind to! You’ve come too far to quit.

So the next time you’re having a bad day and you’re thinking of giving up, remember that the man who wins, is the man who thinks he can!

Watch my motivational video on the topic below and let me know your thoughs.

TOP TIPS TO BOOST YOUR PERFORMANCE THIS MONTH

KNOW YOUR COMPETITION BETTER THAN THEY KNOW THEMSELVES