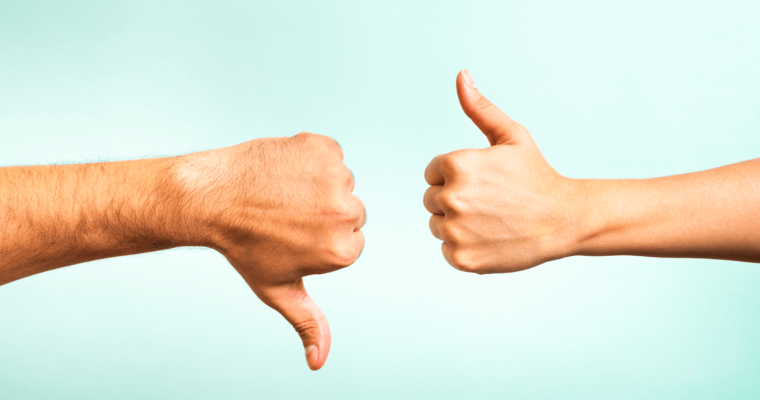 I recently went live on my Facebook and Instagram page to talk about why being controversial can bring about opportunities for you when it comes to understanding your social media content and how you should go about producing content that gets engagement (click here to watch the video on playback).

A lot of people really don’t understand what the benefits are of stepping out of your comfort zone in order to make a point of what you’re really passionate about. So much of the content that I see being produced these days is vanilla. What does ‘vanilla’ mean? Well, essentially it’s boring, dull and produced without much thought. This definitely isn’t the kind of content that would make you stop scrolling through your newsfeed in order to engage with the person who posted it. If you’re going to the trouble of producing content on social media, then it should be thought-provoking, or at least have some meaning behind it. When I talk about “controversy” I don’t necessarily want you to create a scandal, but I do want you to do something that makes people stop for a minute, and gets them thinking!

If you’ve got an audience of 100 people following you, you’re never going to get all 100 people to like you and what you’re doing. Based on insights and my experience, your audience is usually split into three distinct groups:

Don’t ever make compromises for the 70% of your audience who don’t care about you. Produce content for the 30% that are there for the right reasons. There are tons of people out there who can’t stand me. Perhaps it makes me controversial that I’m the type of person who you either love or hate. My energy may be too much to handle for some, and some people simply don’t understand me. But I honestly no longer care about the haters. Yes, the things that I say sometimes ruffle a few feathers and get people worked up, but I don’t sugar coat things and the 30% of my audience who follow me for the right reasons, will respect me for this.

When I speak about the importance of producing social media content, I always reiterate how important it is to stand out from your competitors. I didn’t get to where I am today by playing it safe. I stepped out of my comfort zone time and time again.

As I stated above, controversial content doesn’t necessarily have to centre around a controversial topic, but It’s essential to have a USP (unique selling point). What are you saying that’s different? What are you going to do that will differentiate your personal brand or services from your competitors? Perhaps if you stop thinking about pleasing everyone, you’ll actually discover your true self.

You should never be afraid to speak your mind or stand up for the things that you believe in. There have been many adverts over the years that have been controversial. When these adverts are first released there’s obviously an element of shock-tactics that are involved. But these shock-tactics are deliberately used to get you to pay attention and think for a minute. They’re trying to get you to think about the brand, their product and your connection to it. And without their unique (or controversial) approach, they wouldn’t get the same reaction.

I recently interviewed Grant Cardone for an upcoming podcast episode, and he’s known to be a controversial public figure. He’s not afraid to say it like it is. But I respect him for it. It’s important to note that being controversial is sometimes just a way to grab peoples attention. Even if people initially hate you, at least they know who you are. And if people know who you are, then there’s a big chance that you’ll be able to work on these people and actually convert them into fans over time. On the opposite spectrum, if all you post is vanilla content, people might not necessarily hate you, but no one will know you either? Is that better? I don’t think so!

The fastest way to become known to people on social media is by posting content that gets a reaction. This doesn’t mean that you should be offensive in any way, but leaning into being a bit more controversial (and perhaps being more authentically you) isn’t always a bad thing.

MY TOP LEARNINGS FROM JUNE